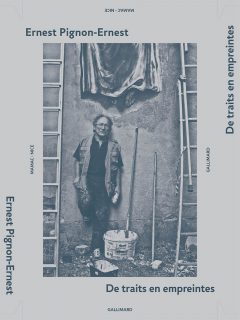 This original publication, in the form of an “artist’s box”, accompanies the retrospective devoted to Ernest Pignon-Ernest by the Museum of Modern and Contemporary Art in his native town of Nice.
From the Albion plateau to Certaldo, from Charleville to Paris, from Naples to Algiers, from Nice to Soweto, from Chile to Palestine… Ernest Pignon-Ernest turns the streets of the world into ephemeral works of art. Some of his images, notably the Commune’s shootings and his wandering Rimbaud, reproduced in hundreds of thousands of copies, have become true icons of modern times.
A forerunner, as early as 1966, of what is now called “street art”, his interventions metamorphose, disrupt and reveal the places and events he has precisely chosen. “I don’t make works in situations,” says Ernest Pignon-Ernest, “I try to make work out of situations”.