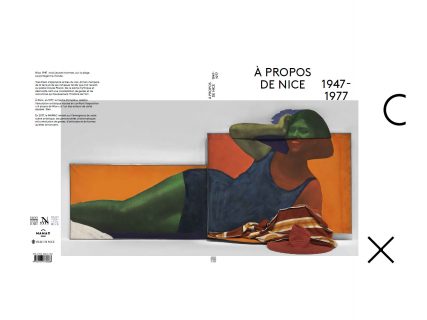 Nice, 1947: three young men on the beach share the world between themselves.
Yves Klein takes the blue of the sky, Arman seizes the land and its riches while the air goes to the poet Claude Pascal.
From this mythical and casual pact is born a constellation of gestures and encounters that will change the history of art.
In Paris, in 1977, the Centre Pompidou celebrated the artistic emulation of Nice by entrusting the exhibition “About Nice” to one of the actors of this epic: Ben.
In 2017, MAMAC returned to the emergence of this artistic scene, its charismatic personalities and the revolution in gestures, attitudes and forms they announced.